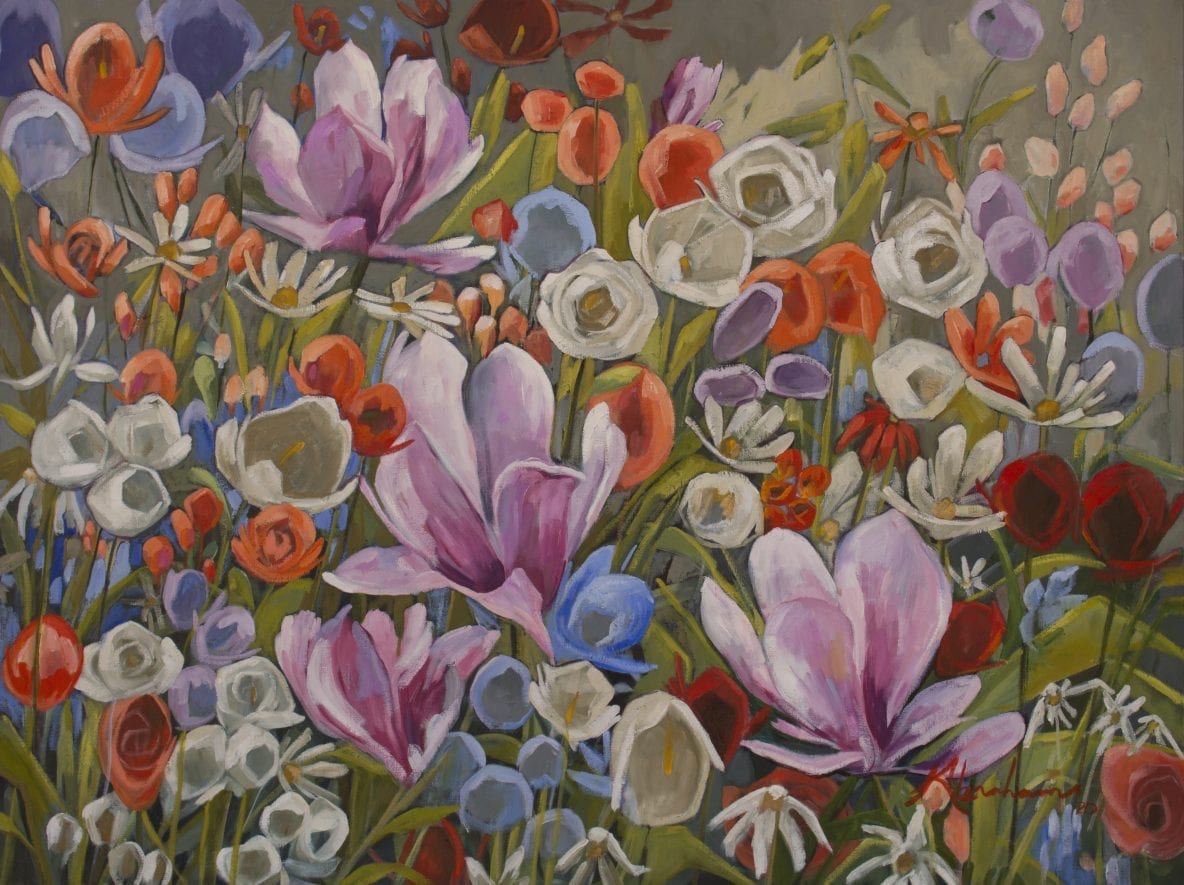 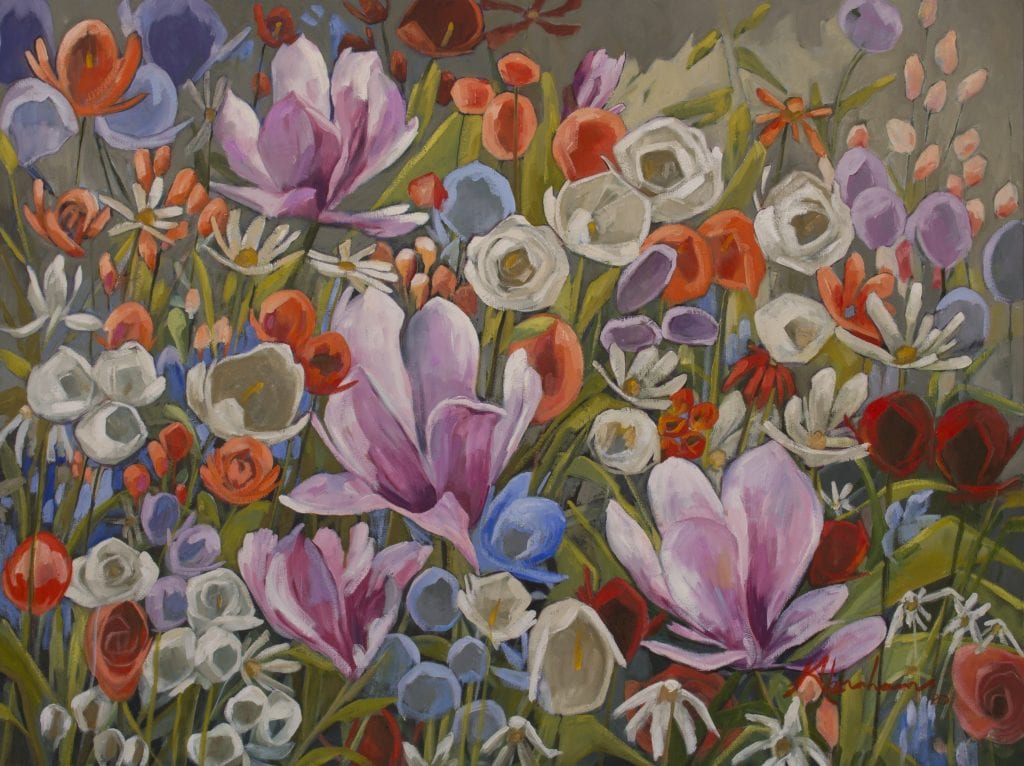 Born of Jamaican parents in Alberta, Canada, Katrina is an artist whose travels have exposed her to many cultures and its influences on the arts. Raised in Kingston, where she developed an appreciation for painting from an early age, she later spent a year in Barranquilla, Colombia exploring and embracing the beauty of the land and its culture while honing her own artistic expression. After studying design at Humber College, Etobicoke, Canada, Katrina returned to her first love – Jamaica – in 1997 She balanced a working career with further studies at the Edna Manley College of the Visual & Performing Arts and continued to pursue her painting.
In 2001 Katrina held her first solo exhibition to great acclaim and devoted herself entirely as a full time artist at the end of 2002. She continued to work solely on canvas until her pregnancy in 2011 at which time her desire to give her child a chemical free environment
(or as close to possible) led her to develop a line of food safe, hand painted stoneware and glassware which later became a retail store in the heart of Kingston, Jamaica called Designs By Katrina. She focused on the importance of relationship, the strength of family and the healing nature of time spent together and tried to incorporate these values into her work. The line which started with only wine glasses and coffee mugs was well received and later grew into a collection with serving platters, bowls, tea services and more. Her slogan “For the celebration of love and life” says it all.katr
Over the years her passion for art has motivated her to be a devoted, committed, enthusiastic and dedicated artist with an intense love for what she does.
“Art is the means by which I release that which is inside me” – Katrina Abrahams.
More information about Katrina Abrahams and her work can be found on her website katrinaabrahamsart.com